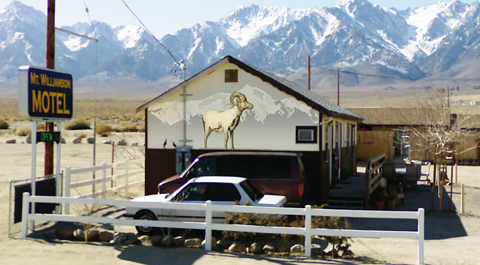 Jane Kim is a science illustrator and creator of the Migrating Mural. The Migrating Mural is “a series of murals that showcases — along roads, towns, and cities — endangered migratory species and the need to protect them” (Jane on Kickstarter). Jane was in my CSUMB Science Illustration cohort and I remember her talking about ideas for these murals in class.  Now, through an incredible organizational and creative effort, she is making it happen.  The first chapter in her mural series features the life of the Sierra Nevada bighorn sheep.  There are currently only 400 sheep left and these murals will bring attention to their conservation. 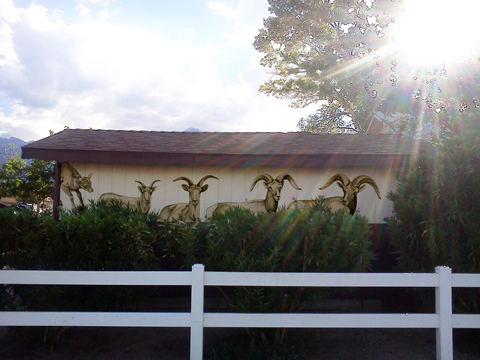 Another view of the proposed mural in Independence, CA.

Jane is currently funding her murals through Kickstarter.  She’s already raised enough to paint the first mural and any additional funds are going towards three more.  You can learn more about her project and donate here (the project is up for 6 more days).  She also currently has a solo show of her science illustration and her work with the Sierra Nevada bighorn sheep at the Bone Room in Berkeley, CA (on through Oct. 30).

Jane at the opening of her show “The Art of Conservation” at the Bone Room. She’s standing in her installation of Sierra Nevada bighorn sheep skulls, “Disappearance Reappearance”.